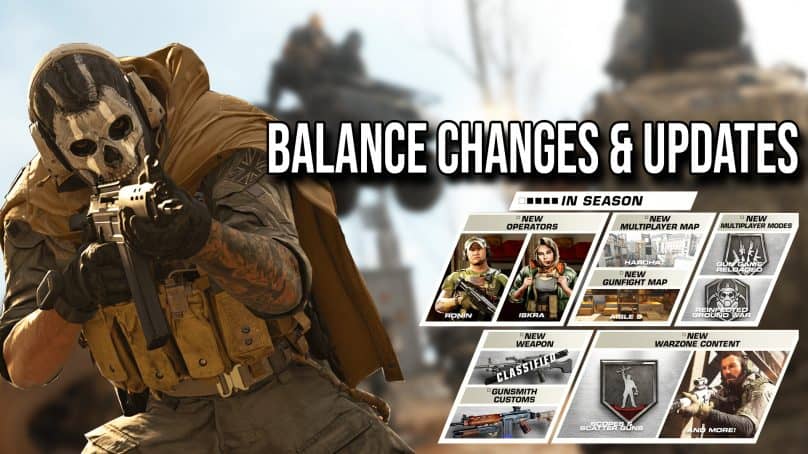 As we close into the midseason of Season 3 in Modern Warfare, we should recap all the changes that have been done this week. In this article, we’ll be discussing all the current and upcoming weapon nerfs + changes in the game. Before we start, if you’d prefer a recap of all of this content (including some rumors) you can watch the video linked below.

In an update released earlier this week, Infinity Ward adjusted the .357 Snakeshot. Here are the changes:

In core modes and Warzone, the Snake Shots are no longer game-breaking. The weapon is no longer unreasonable at ranges and is only lethal at extremely close range. As for Hardcore modes, the reduced fire delay makes the Snake Shot the ultimate companion when clearing buildings.

As for RPG’s and the Renetti, Co-Design director at Infinity Ward – Joe Cecot, commented that the nerfs are coming. We are currently unsure of the details of the nerfs.

Warzone:
– Replacing BR Solos with BR Stimulus Solos
– Height & radius at which parachuting enemy players are called out have been reduced (BR)
– Added helicopters back to Warzone

In the midseason update (which we should see Tuesday, May 12th) we will be getting a new map, Hardhat – and more Warzone game modes.

That’s all we have for now! For more Call Of Duty information, be sure to read our last article – Patch 1.20 Released For Modern Warfare. Also, stay tuned to IPC social media pages on Facebook and Twitter.