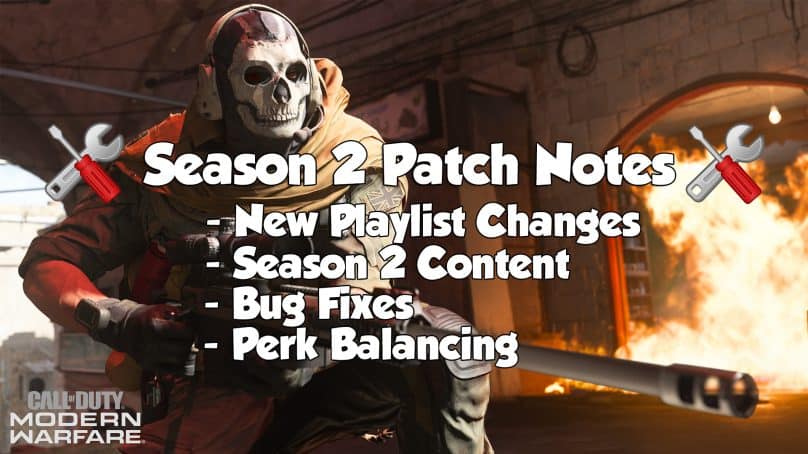 Modern Warfare season 2 patch notes have been release from Infinity Ward! Here’s all the new updates, as well as all the bug fixes.

Regiments! (check them out in the Social menu!)

* A note from the team: Bazaar and Gunfight Tournaments will go live later in the season!

For more, stay tuned to our social media pages on Facebook and Twitter. Also, check out our most recent article: All New Perk Balance Changes in Modern Warfare Season 2