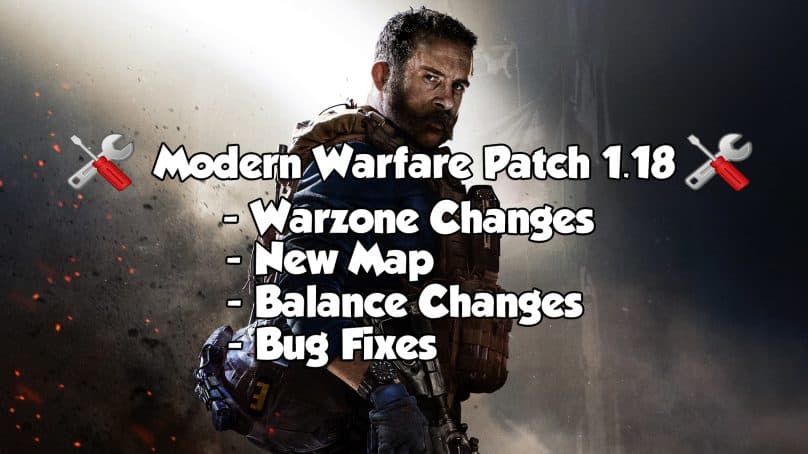 Patch 1.18 has been deployed for Modern Warfare, and includes updates for both Warzone and Multiplayer. The patch releases at 11PM PST. This update includes addresses Warzone balancing (yes, even weapon drop prices!), and new multiplayer content, including a new map.

Additionally, Xbox One players, the issue where the game would drop frame rate after waking from rest mode is resolved!

Campaign: While on Embassy, at the Green Beam checkpoint, players would not be able to progress in the mission after using the drone strike. This has been fixed.

For more Call Of Duty information, be sure to read our article – Modern Warfare March 17th Weekly Update. Also, stay tuned to our social media pages on Facebook and Twitter.