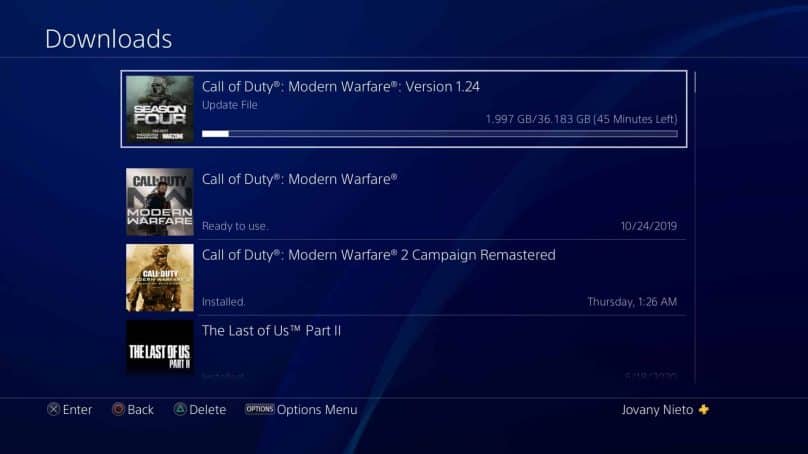 Earlier this morning, PlayStation 4 users reported seeing downloads available for the Season 5 Update (1.24) for Modern Warfare. This patch seems to currently be only available for PS4 owners. The update is 36GB and currently is just a pre-load. It will not be applied to the actual game until Season 5 releases.

Season 5 will release on August 4th, 11PM PST and August 5th 2 AM EST respectively. After the download is applied to the base game, the overall size of the game will be less than before the download was applied. This will be part of an ongoing effort to make the game take up less storage, as confirmed by Infinity Ward Production Director Paul Haile on Twitter.

As for PC and Xbox, there is currently no information available on if users will get a pre-load, however, it is important to note that PS4 users often face longer download times (often hours) due to the copying process.