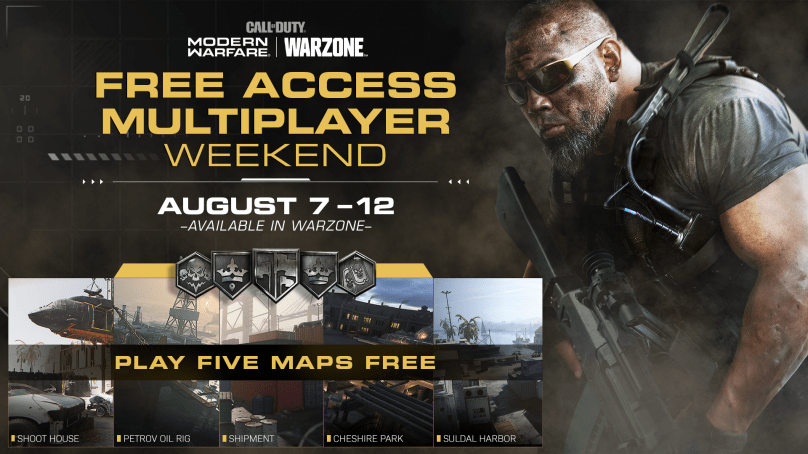 This weekend, Activision is hosting a Call of Duty Free multiplayer weekend for Modern Warfare, available on all platforms.

Modern Warfare will be going Free-To-Play for all platforms, and will be live from August 7th at 10am PST until August 12th 10am PST. If you have been on the fence, or have a friend who hasn’t had a chance to play Activision’s latest installment, now is the time!

Multiplayer will be available via the already Free-To-Play Warzone menu, and will include five maps and multiple modes.

On top of this, “Triple Feed” will be active throughout the weekend – earning you Double XP, Double Weapon XP and Double Battle Pass Progression.

If you enjoy playing Call of Duty over the weekend, now is a great time to upgrade to the full version. The release of Season 5 has brought a large amount of changes, free maps, free modes and more!