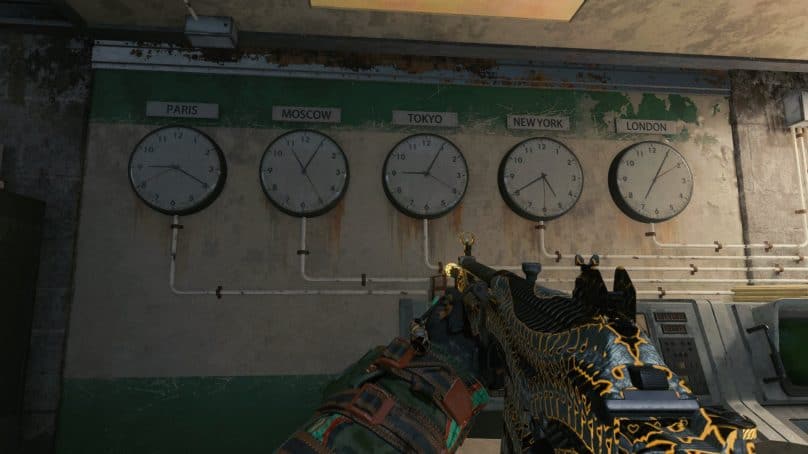 On August 6th a strange package was arriving on the doorsteps of Call of Duty influencers and YouTubers in the form of an ominous black box. Locked with a keypad, we were told this box could not be opened until August 10th at 12pm EDT. Now, Black Ops Cold War is revealed!

With Season 5 of Modern Warfare, Stadium opened up, Access Cards began to appear in Warzone, Sgt Frank Woods voice lines appeared online and a strange coded message began to appear on players screens that read “KNOW YOUR HISTORY”. The message would appear very briefly (only for about 2 seconds), seemingly at random. If you squint, you can just about make out some form of image behind the writing, but it’s impossible to tell what exactly we are looking at. Some people speculate they can see a figure, some say they can see JFK quite clearly. The teaser ends with some writing in Russian that, to my knowledge, hasn’t been translated – however this would line the time-frame up perfectly with the rumored title “Cold War”

This has all been an interesting and fresh new way of marketing, compared to the standard ‘Trailer Drops on X Day’ of previous titles, raising questions of what other secrets Warzone could be hiding, and how the platform will be used in the future. Could future content drops be marketed entirely in Warzone, akin to the techniques used by Fortnite?

All of this does beg one question though – How will Warzone work going into Black Ops Cold War? Will there be a Warzone that is separated from the current title, or will it all be mushed together, old and new combined in one overall experience..

Without further ado, here is what was found in the box:

What appears to be a 1950’s Slide Projector, a confidential envelope and 10 slides to view through the projector. We’ll have to wait and find out what is on the projector slides so keep your eyes on this page!

Images are courtesy of CharlieIntel

We will update this article as soon as we know what is on the slides!

UPDATE: Below is what the slides show when using the projector