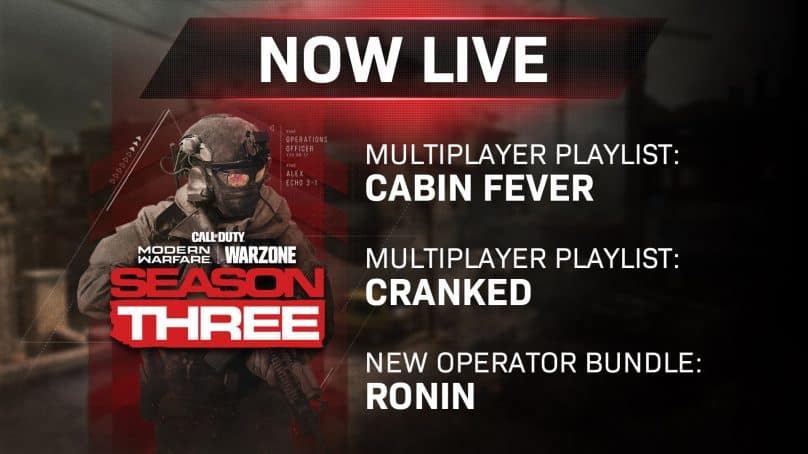 In addition to these modes, a new operator – Ronin, is now available to purchase for 2,400 COD points. Ronin comes with a Hatchet – a skin for the combat knife.

Lastly, we have today’s patch notes. (It’s a short list of General Fixes)

For more Call Of Duty information, be sure to read our last article – RUMOR: Call of Duty 2020 NOT Black Ops 5? . Also, stay tuned to IPC social media pages on Facebook and Twitter.