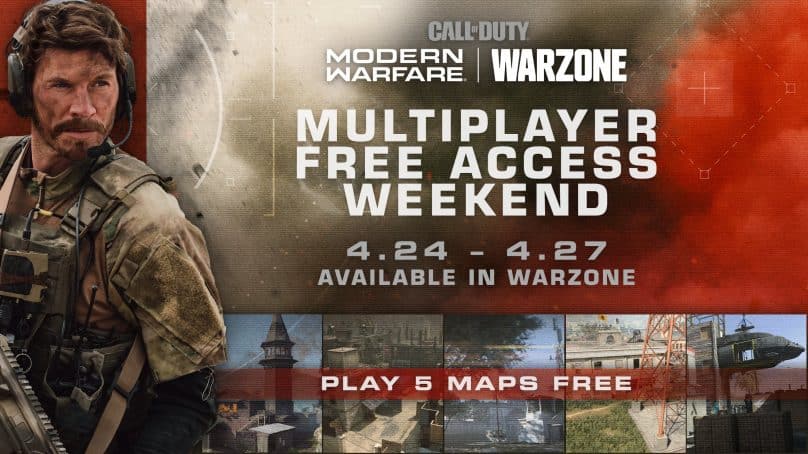 Activision is hosting a Modern Warfare free access weekend, allowing anyone who wishes to give the multiplayer portion of Modern Warfare a full weekend to test the waters.

If you’re still on the fence about picking up Modern Warfare – and you’ve been playing the completely free Warzone, now is your chance to give multiplayer a shot without committing yourself to $60.

To play the Modern Warfare Free Access Weekend all you need to do is head over to Warzone and find the specialised playlist, which will include five free maps to get stuck in to. The same playlist will also be available for everyone who owns Modern Warfare.

The five maps included in the free multiplayer weekend will consist of both 6v6 and 10v10 maps, allowing you to experience a wide range of engagements and styles of play.

Players will be able to get their hands on Modern Warfare multiplayer from April 24th at 10AM PT until April 27th at 10AM PT.

To make sure you’re up to date, check out the latest operator added to the game – Ronin. While you’re at it, you may want to brush up on the latest patch notes

Modern Warfare’s Warzone has already reached over 50 million players, and while there are still a few months left before we see the release of a new title, rumors have already began to emerge.