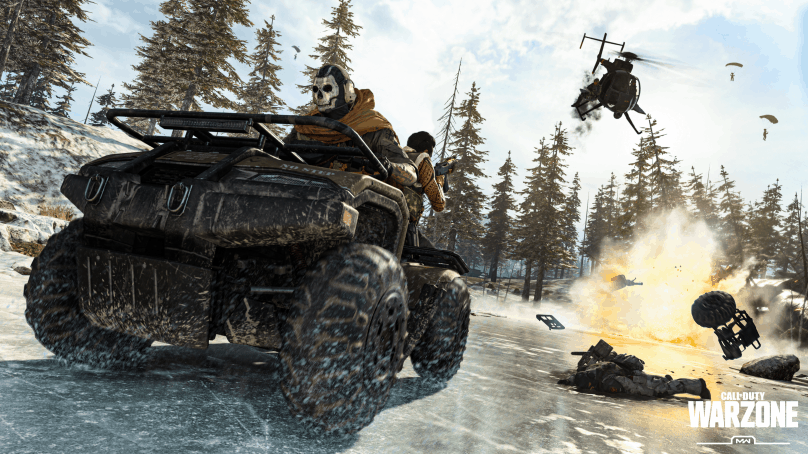 On the final Tuesday of April Modern Warfare will receive a rather major mid-season update, which will include new playlists, free content and general bug fixes.

Before tackling Tuesday’s update let’s do a brief recap of recent information:

Firstly, the Modern Warfare Multiplayer Free Access Weekend will conclude today.  This was the second time Modern Warfare multiplayer went free-to-play for a period of time, to note, even though the Multiplayer free access weekend ended, players may continue to play Warzone for completely free.

This update will add in quite a bit of new content including re-introducing the infamous “Shoot The Ship” playlist, alongside adding a new mastery camo. Currently the end-all-be-all camo of Modern Warfare is Damascus; however, as of recently rumors started to emerge of a possible new master tier camo. This was confirmed via Infinity Ward’s recent community post, stating: “Can we interest you in Obsidian camo? Or maybe you want to mix and match blueprint weapon attachments to your heart’s content, even on another blueprint weapon…”

Playlist Update will include for MP:

Similar to the Season 2 update, update 1.20 will require Xbox and PlayStation users to download a Data Pack which will be roughly 15gbs. Infinity Ward stated “Once you install the patch and select a mode, (multiplayer, campaign, Special Operations, etc.), you will be brought to a game install menu. Here, you’ll need to download Data Pack 1 from this menu. Once the download is complete, you will need to hard close and reopen the game application.”

An exciting new addition to Modern Warfare multiplayer will be “Gunsmith Customs” allowing players to “expand their creativity” by building blueprints of your own using bits and pieces from other armory weapons. Sort of like a Frankenstein’s monster, but for an AK-47.

Warzone will also be adding a new contract this patch, “Most Wanted”. Picking up this contract will make you a target for all players currently alive in Verdansk – surviving the onslaught will reward you with the ability to immediately bring back all dead players in your team without the need for your hard-earned cash.

Look out for a new ‘Firestarter’ legendary skin for Krueger this week with the “Pyromaniac Bundle” which includes; a character skin for Krueger; a legendary “By The Toe” weapon blueprint; a new finishing move, and flame throwing knives (Yes, you read that correctly).

For more Call of Duty information, stay tuned to our social media pages on Facebook and Twitter.