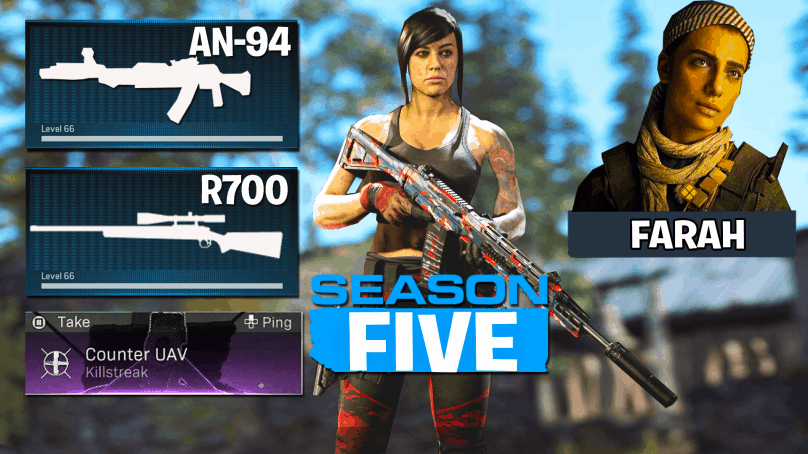 The Modern Warfare hype train is quite literally leaving the station in a teaser shown on Twitch for Season 5 includes a fly-by Helicopter, and… a train?

It’s not quite what we’ve all been waiting for, and it might be time to put away the Call of Duty 2020 candles and shrine for now as we continue to look forward in Modern Warfare, this time to Season 5.

Twitch user “NICKMERKS” today revealed a teaser trailer for Modern Warfare Season 5, that showed what appeared (and sounded) like a train on the current Battle Royale map. There’s not much to go off as of now, but earlier rumors did suggest that Season 5 would be changing large sections of the map, including a train that would travel around the map.

In the video we can see date August 5th, as well as 10:45 along the top of the video. This would more than likely suggest we will be receiving Season 5 that date. That would leave just a little over two weeks, so keep your eyes peeled for more!

Meanwhile, we’ve recently seen an Xbox Live Market listing for “The Red Door”, rumored to be the new Call of Duty 2020 title – along with some Multiplayer rumors. You can find out more here on IPlayCOD